On monday the 28. october 2013 Eirik Rønning Andersen / ZeroImpactStrategies received 1 prize in the open ideas competition for better facilities for hikers at the Dyrfjöll – Stórurð mountain area in the eastern part of Iceland. The consistent design concept, identified throughout the range of elements, was decisive for the jury when choosing the winner. The prize seremony at Egilstaðir included the presentation of the project to the public, as well as an interview with the icelandic national television, which went on air on wednesday 30. october. The day was also used effectively to have project meetings and a site visit. 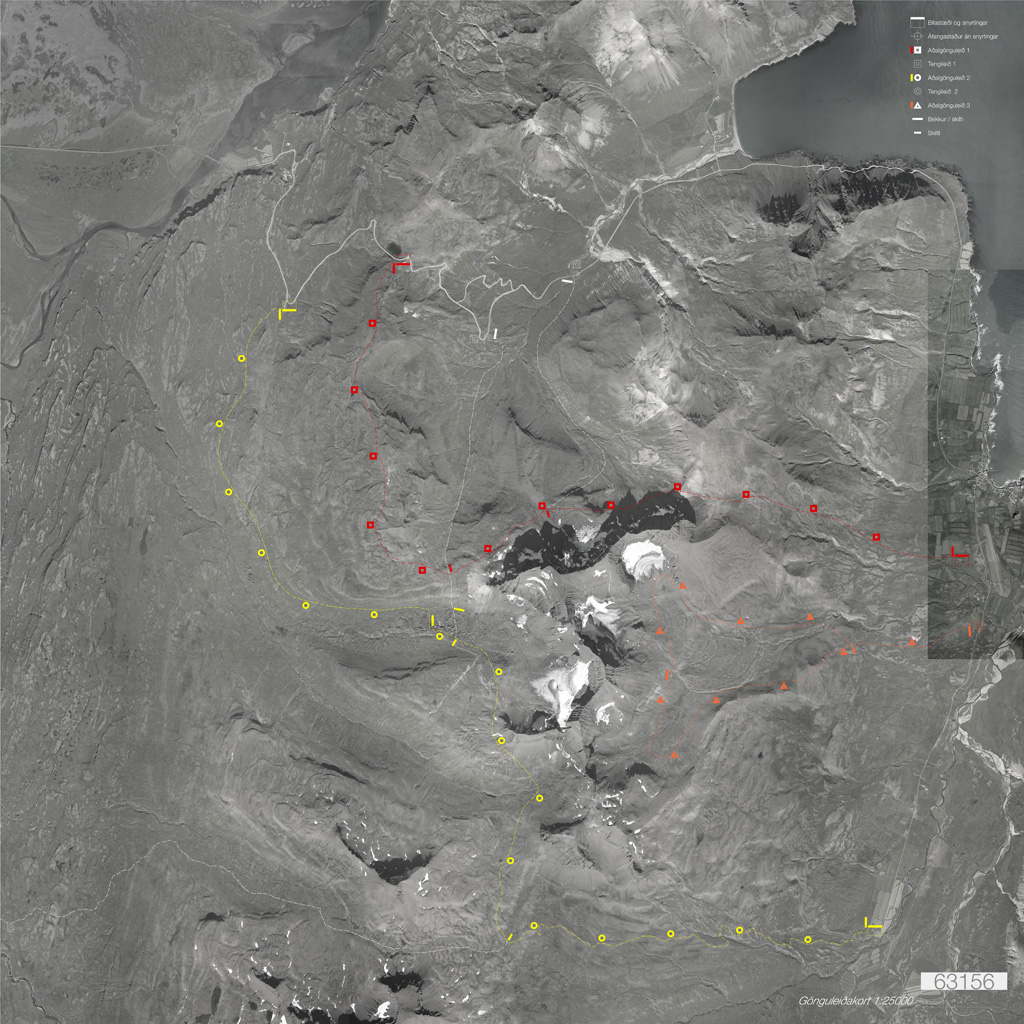 The hiking trails are revised in the way they are marked and connected. Three main paths goes through the mountain range, differing in difficulty and length. Each path is given a distinct colour and a base form as identification, and secondary trails connecting to a main path shares its base form, but not the colour. Along the trails there are indications of distances for every kilometer. Adding as little as possible, and only when necessary, is the basic implementation strategy. 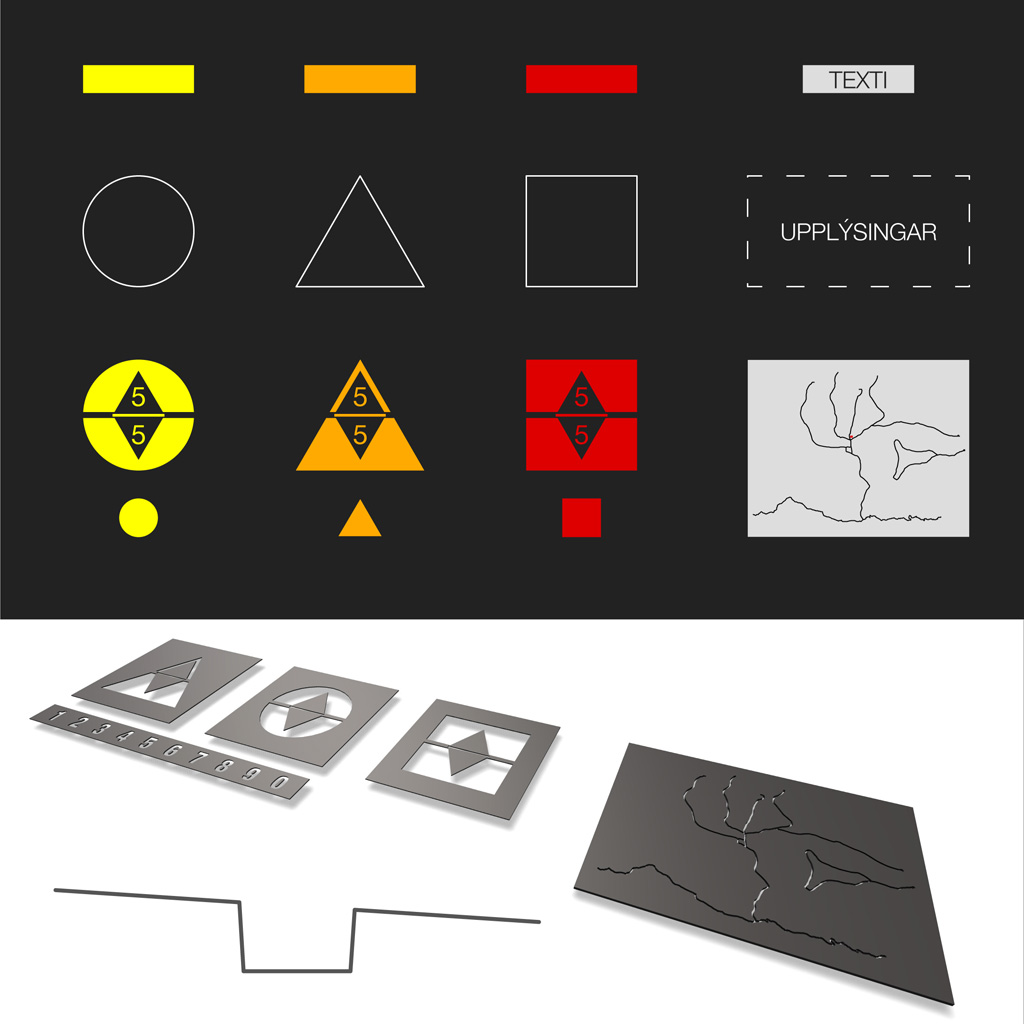 The smaller elements includes sticks, guiding lines, natural stairs and signs. They are applied where needed to make the path more visible, prevent unwanted movement, facilitate easier access in loose terrain and to give clear directions and other trail information at connections between the different paths. The signs may also be used at particular viewpoints along the trails.

The bigger elements are bridges, benches and wetland passings. The elements are constructed by a wooden rib structure, which gives a rigid frame and at the same time dries up quickly, thereby giving a non-slippery walking surface and a comfortable sitting surface. Combining elements (signs included in the benches) to reduce the number of elements and thus the impact on the area.

At the starting points of each main trail there is placed new sanitary facilites, benches and terraces. These starting points will advertise the paths better towards the road network, and are thought to be used as supplementary services also for motorists. Ideally there can be set up smaller paths, accessible for all, in close proximity to the new starting points, linking the scenic vistas and the lake at Vasskarð, the mountain pass between Fljótsdal (Eyar) og Borgarfjörður.

The main material of the project is wood, naturally weathered. Darker heat-treated wood forms the signature profile edge of the elements. Due to extreme harsh weather conditions at one of the starting points there were discussed some alterations in the materials to better withstand the strong winds / sandstorms. The signature edge, sticks etc might therefore instead be implemented with corten-steel, for better durability. 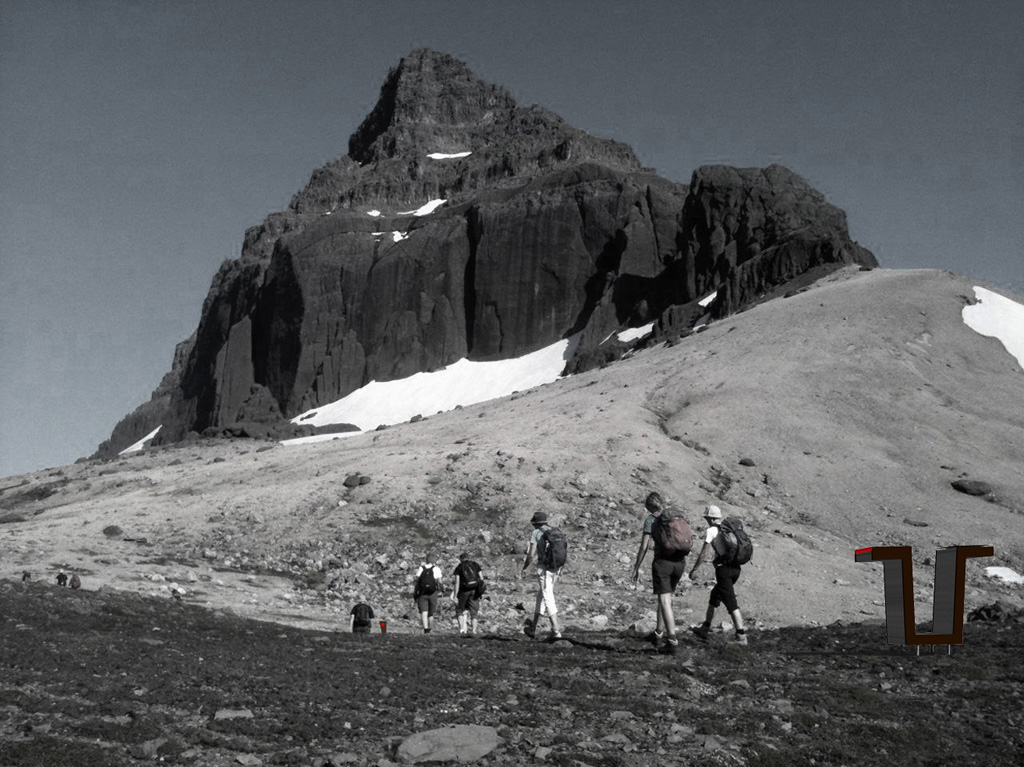 The preliminary milestones for the project are: application for funding and public decision-making in the last part of 2013 / beginning of 2014, detailed elaboration and production during spring 2014, and execution of the project into the area summer / early autumn 2014. Due to a very short period without snow in the area in the summer time, detailed project planning is of great importance to be able to execute the project in a very short time frame. 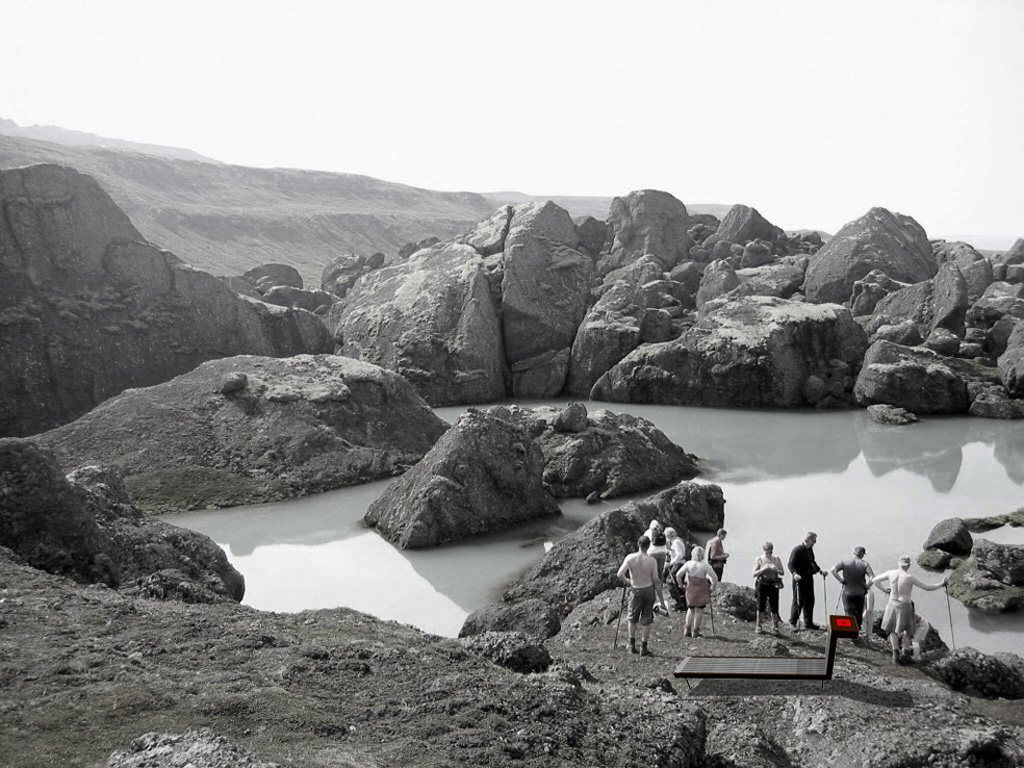